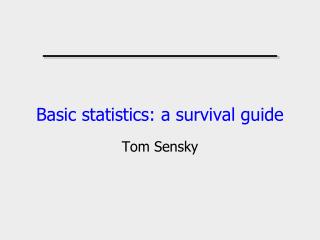 Basic statistics: a survival guide. Tom Sensky. HOW TO USE THIS POWERPOINT PRESENTATION. The presentation covers the basic statistics you need to have some understanding of. After the introductory slides, you’ll find two slides listing topics.