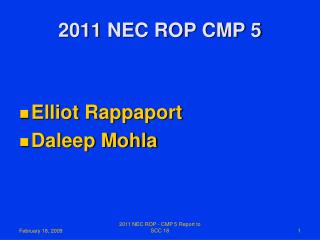 CMP Outcomes Workgroup February 28, 2011 - . goals for the day. understand the rationale for the proposed process and

NEC DSX - And innovation in the core high-technology sectors of communications, ... ability to listen to your voice mail