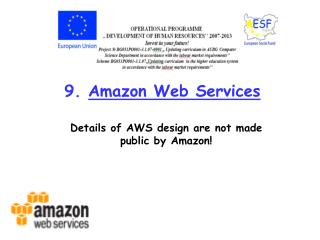 Amazon Web Services - . justin debrabant. cloud computing . a “pay what you use” service for hardware/software

amazon web services training - Cloud is a new normal in todayu2019s it industry. one of the most challenging steps