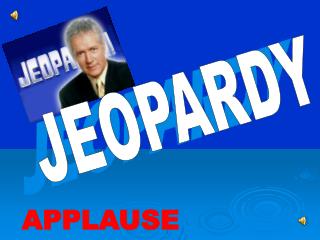 Jeopardy - This. is. jeopardy. jeopardy round. final jeopardy. double jeopardy. end. group 1. group 2. group 3. what does

Jeopardy - . begin. jeopardy instructions. welcome to church history jeopardy! directions: there is one daily double in

Timpanogos Cave Jeopardy - . created by: diantha smith, june 2009 *be sure to click on the words in each slide as you

Jeopardy - . science taks review 2009. welcome to jeopardy! the first round begins now. let’s take a look at the