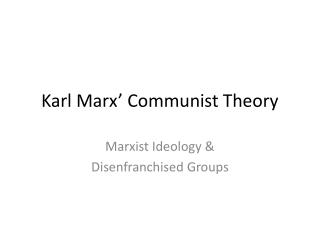 ATTACHMENT THEORY - . attachment theory. bowlby viewed infants attachment to a caregiver as a mechanism that evolved to

Karl Weick’s Theory of Organizing - . what did he say???????. weick’s definition. organizing is the resolving of