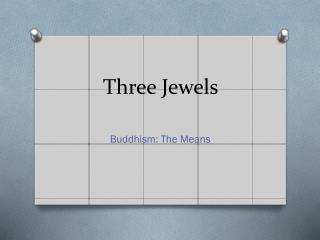 Three Jewels. Buddhism: The Means. Taking Refuge. They go to many a refuge, to mountains, forests, parks, trees, and shrines: people threatened with danger. Linden Jewels - At linden jewels, we believe that quality should always come first, and that's why we only use the best

Blue lodge Jewels - Past master apron email us for order:-