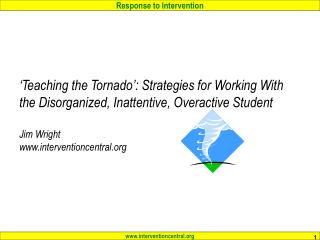 GOOD TEACHING MATTERS: Strategies for Improving Achievement And Closing Gaps Between Groups - . prepared for the

Finding the Right Spark: Strategies for Motivating the Resistant Learner at the Middle and High School Levels Jim

The Interplay of Teaching, Learning, and Research: Graduate Student Collaborations in Law and Psychology - . a.

Teaching to the Big Ideas K - 3 - . getting to 20. you are on a number line. you can jump however you want as long as you

METHODS of TEACHING - . role of methods . a. methods and teaching . b. methods, strategies and techniques . c. role of