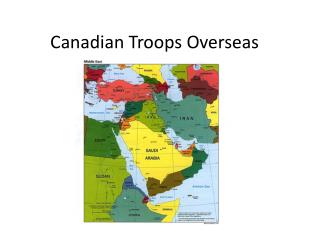 Canadian Migration Serves - Immigration Overseas - Migration to canada assistance to the clients’. being an immigration

The Troops - . as fall approached, influenza activity increased. crt calls. the results of our

Trees for Troops - . delivering the spirit of christmas to troops and military families. about the christmas spirit

Support Our Troops - . stevens’ office of residence life at needs your help in collecting the following items to send

Letters to the Troops - . guidelines.