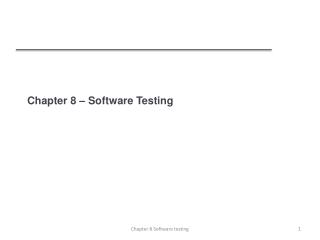 Software Testing - . software testing. what is testing?. many people understand many definitions of testing :. testing is