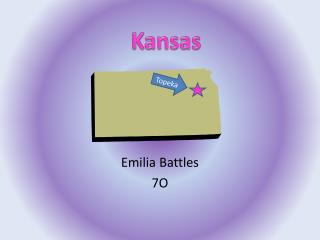 Kansas. Topeka. Emilia Battles 7O. How and Why Kansas Became a State. Kansas was voted in to become a state because many southern states had seceded from the union. This allowed the US Senate to pass a bill letting Kansas in as the 34 th state. State History. Statehood: 7O community survey - . interrupting in class is a problem, because most of the student say that they interrupt and this

Battles - . by drew bradley &amp; caleb hurd. the battle of lexington and

Important Battles - . vicksburg gettysburg. siege at vicksburg. the confederates were in high spirits because of

Canadian Battles - . the battle of the st. lawrence. german u-boats penetrated the cabot strait and the strait of belle