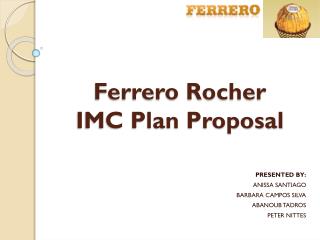 Proposal to change how the PDC committee works - . february 2 nd , 2012. why the need for change?. several areas of focus

Proposal for a medium term plan for DM Clients - . alejandro alvarez ayllon on behalf of the dm clients developers it/sdc

Proposal writing A - . by prof. dr. ayman ragab b. our lecture will cover the following outcomes: plan a research project

Proposal Writing - . communication 2. proposals. a proposal is a written report that seeks to persuade the reader to

SWOT Analysis of PT. Telekomunikasi Selular: JSBMarketResearch - The report utilizes a wide range of primary and

A CULMINATION OF STRENGTHS - . a media solutions agency with an innovative approach, backed by a solid foundation of