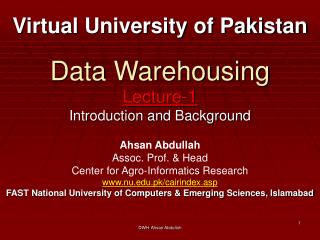 The Role of Data Warehousing and OLAP Technologies - . cs 536 – data mining these slides are adapted from j. han and m.