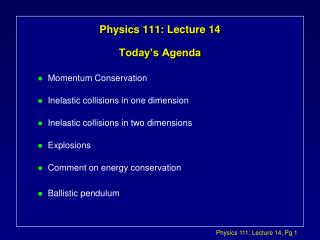 Meson Physics at JLab Now and at 12 GeV - . l. cardman jefferson lab and university of virginia meson 2010. outline. what

Introduction to History of Physics - . lecture 1 about nature science and physics. course syllabus. this course will

An Introduction To Physics . - An introduction to physics. physics is the study of the relationships between matter and