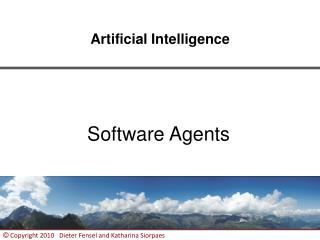 The Foundations of Artificial Intelligence - . our working definition of ai. artificial intelligence is the study of how