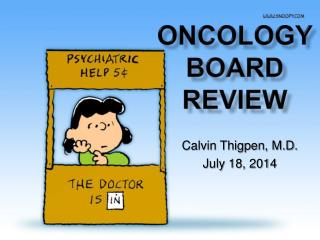 ONCOLOGY BOARD REVIEW. Calvin Thigpen, M.D. July 18, 2014. If you could only…. Study 5 things in oncology, they should be: Breast Cancer Lung Cancer Colon Cancer Prostate Cancer Complications (of these diseases and their therapy). As you study…. Pay close attention to:

Board Review - . january 2008. dsm-iv criteria for alcohol abuse. a maladaptive pattern of alcohol use leading to

Dermatology Board Review - . may 24, 2011. question 1. you just attended the delivery of the infant shown. the parents

Immunology Oncology Review Questions 2 - Q-1. after years of unprotected sex, a 20-year-old man is diagnosed as having