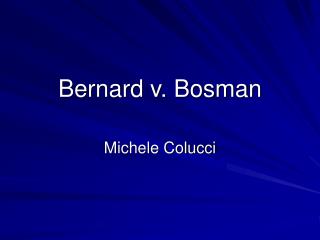 BERNARD LAFAYETTE - Birth and early life. bernard lafayette was born in tampa, florida on july 29, 1940he spent much of

Bernard Marx - . a sleep-learning specialist at the hatchery and conditioning centre. a misfit. often angry, resentful

Bernard Pomerance - . american playwright and poet. bernard pomerance was born in brooklyn in 1940 . he is a very private

Bernard Cudmore - . me in ten