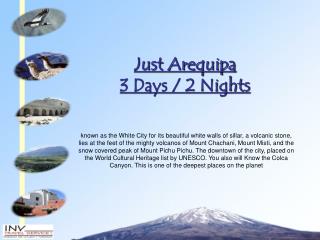 6 Nights 7 Days at Darjeeling - The dooars is a perfect scenic landscape nestling in lap of foothills of himalayas. we

Three days and three nights to Newquay - . during spring break, we organize a trip to cornwall. departure: april 15, 2013

Winter Wonderland 8 Days, 7 Nights - . 1. day lucerne. arrival at zürich airport in the morning. we will welcome you and

Padharo Jaisalmer for 2 Nights & 3 Days - Planning for 2 nights and 3 days in jaisalmer, then padharo jaisalmer is