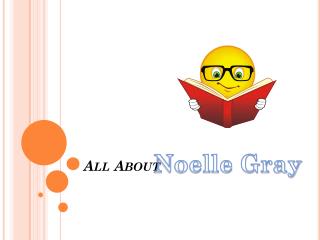 All About. Noelle Gray. Parents & Siblings: . My parents names are Michelle S. Jones and James B. Gray. I have one brother and one sister their names are Jessica B. Gray and Cameron T. Gray My sister is 18 years old and my brother is 15 years old. My Childhood. All About - . shayla marie wright. i’m fifteen cheerleading and tumbling are what i live for. my family and friends