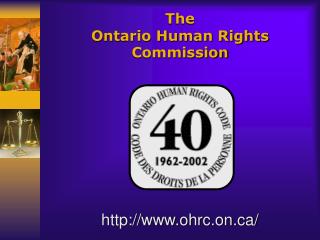 A Human Rights-Based Approach to Monitoring Session 6 (cont.) - . monitoring vs. evaluation. a human rights based

Culture, Equity and Outcome in Toronto Schools: - . the importance of demographic data! prepared by the centre for urban

EVOLUTION OF HUMAN RIGHTS LEGISLATION - . evolution of human rights law. human rights protection has been a process in

History of Rights and Freedoms in Canada - . what are our rights? what are the barriers/limitations to our rights?. types

Preconception, Pregnancy and the Workplace - . knowledge is power!. if you and your partner are planning a family or are

The Human Rights Process in Ontario: Can We Do This Better? - . january 14, 2005 university of toronto faculty of law.