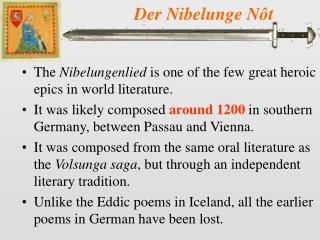 Der Nibelunge N ôt. The Nibelungenlied is one of the few great heroic epics in world literature. It was likely composed around 1200 in southern Germany, between Passau and Vienna.