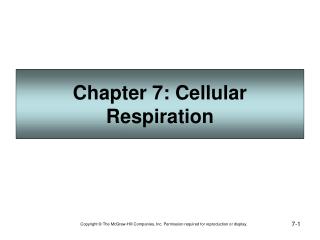 Internal and External Respiration Gas Transport Regulation of Respiration - . once we get the air into our lungs- we have

Factors Affecting Rates of Respiration - . temperature - for every 10 degree c rise in temperature between 0-35 c the

The Cellular Level of Organization - . chapter 1 section 1: parts of a cell. typical structures found in a cell. plasma

CHAPTER 2 - . the cellular and molecular basis of inheritance. &quot; there is nothing, sir, too little for so little

Wake-up - . explain the difference between a plant cell and an animal cell. write down the summative formula for both