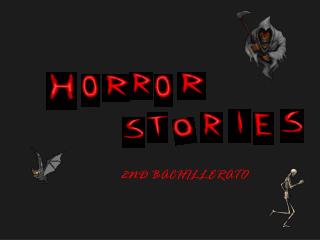 2ND BACHILLERATO. THE GIRL IN THE MIRROR. After one year looking for a new house, the family Simpson had found a perfect one for them. It was a big house which was beautifully decorated. When they asked their neighbours why the house had been empty for 13 years, they answered that owners’