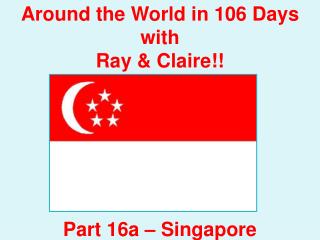 Around the World in 106 Days with Ray & Claire!! Part 16a – Singapore. Located at the tip of the Malay Peninsula on the Strait of Malacca, Singapore is a city state, island country, surrounded by several smaller islets. PART III - . kauma (to be repeated thrice) o lord jesus christ, - who was mocked by your servant while facing

Holy Days/ Holidays - Religion/ leisure make sense of world which is beyond our observation, proof, understanding

Singapore’s Civil Service - . a tenuous beginning: independence in 1965. the strategy. - link up with the developed