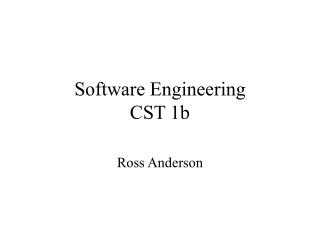 Software Engineering - . component-level design. the material is this presentation is based on the following references