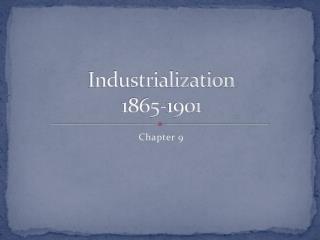 Industrialization 1865-1901 - . section 1 “the rise of industry”. natural resources. even before the invention of the

Industrialization, 1865–1901 - . chapter 3 summary. the rise of industry. the united states had abundant natural