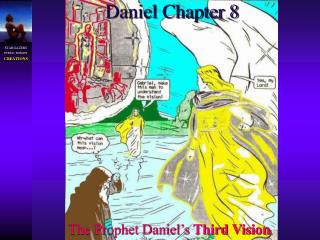 Daniel 8 - . daniel 8: the vision. dan 8:4 i saw the ram pushing westward and northward and southward ; so that no beasts