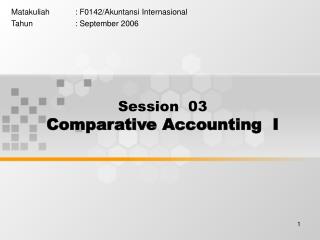 AOS’03 session 1 - . kasper b. graversen. today. who we are and who you are. introduction chapter 1 of

10 Accounting Concepts - . accounting period cycle-changes in financial information are reported for a specific period of