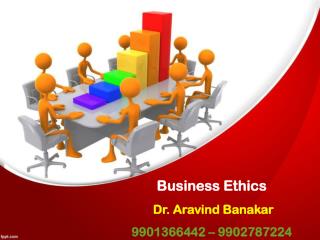 Business Ethics
CASE STUDY (20 Marks)
Frank is a college junior at a small private university. Before coming to college he had a girlfriend for two years, ending abruptly because they were going separate ways. His attitude coming to college was to remain single, grow academically and professionally, and enjoy youthful experiences. In his freshman year, Frank found that the culture at his college largely matched what he was looking for. Hooking up was very common, and long term relationships were rare. During his first year at school, Frank saw a lot of different women and had sex with several of them, rarely more than once or twice. He had some good experiences with women who he would have liked to pursue longer, but he just didnâ€™t think the culture allowed for it. All the students seemed to be focused on bettering their future. They were academically and professionally driven, not driven by relationships and finding love. Some of Frankâ€™s peers explicitly said they didnâ€™t have time for a romantic relationship, and had no interest since they didnâ€™t know what state they would be living in after graduation. At the beginning of his junior year, Frank got involved in an uncommitted sexual relationship with Susan, a girl he always had been interested in getting to know better. After hooking up once, they both discussed how they werenâ€™t looking for a relationship but enjoyed each otherâ€™s company. Frank and Susan continued this exclusive, hookup relationship for the first half of the semester. While they both enjoyed time with one another, the uncommitted relationship ended unexpectedly when Susan wanted more and Frank was still unsure he was ready to fully commit. Frank went back to his routine random hookups, but he soon realized that he wasnâ€™t enjoying them anymore. There was no long term fulfillment and growth that he had started to feel with Susan. Frank stopped hooking up with girls randomly, and instead started searching for something deeper. He spent the rest of the quarter not hooking up with anyone and realizing how difficult it was to find a relationship in college, especially after he had built a negative reputation after hooking up with so many women around his small college campus. Frankâ€™s friends approached him one day in an â€œintervention.â€ They were genuinely concerned about him because he was acting so different than usual and seemed depressed. They told him that he was in a funk after his time with Susan. He needed to get back out and hookup with girls again, so that all would be normal again.

Answer the following question.
Q1. Should Frank be hooking up with more girls? Should he not be? Discuss Experiences in a University-Community College-Private College Consortium - . or…“i am not young enough to know

Study at a U.S. College or University - . your institution, department, your name, title. why study in the u.s.?. create

Research at small university - Outline. problemssolutionscurrent research areas at sri (where are we now). . . swan 06.

The Private Paradox- Is Private DO a

A Temple is a University - . light of the bhagavata verse

Marriage is a Private Affair - . by chinua achebe. characterization. method(s) in which an author uses to develop

Is That A Private Chef? - If at any time you do not have enough time to prepare yourself or your family for a meal, you