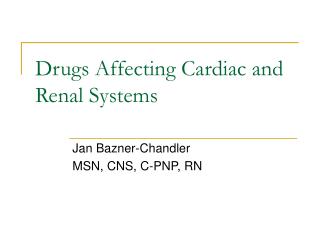 Cardiac Drugs - . all of the following might be a symptom of digitalis toxicity except: a. cardiac arrhythmia b. blurred

DRUGS AFFECTING UTERINE MOTILITY - . objectives. at the end of the lectures, students should be able to know and