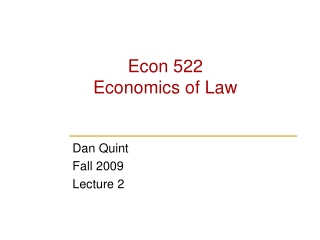 Econ 522 Economics of Law - Questions about enrollment, prerequisites, or section? please talk to me after lecture. econ