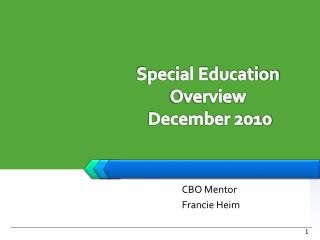 Special Education - Fiscal Overview - All special education expenses, regardless of funding source must be accounted for