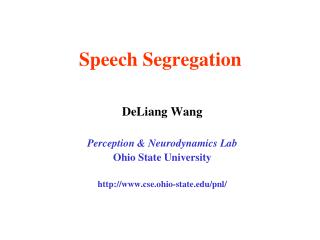 10 ways to know if your speech sucks - Discover 10 ways to improve your speech, help you audience to learn, and get asked

Should Schools Be Allowed to Limit Students’ Online Speech ? - A dbq for the third nine weeks. should schools be

E-Lecture #1: Segregation and Desegregation in American Schools - . how to change your view in elluminate:. to change

Chapter Two Speech Sounds - . as human beings we are capable of making all kinds of sounds, but only some of these sounds