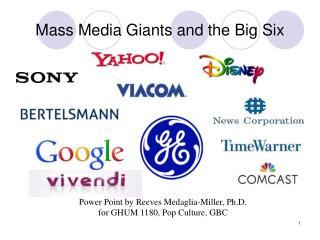 The media - . the mass media. last minute news. we interrupt this program for a last-minute slant on the news.

The Media and Popular Culture - . the mass media are diversified media technologies that are intended to reach a large

Mass Media - . the telegraph optical and electrical first form of mass media in 1837 in the u.s. free communication the

Mass Media. What’s the news? - . the mass media play an important part in our lives. newspaper, radio and especially tv