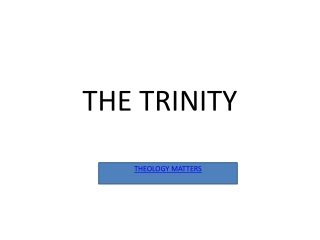 THE TRINITY. THEOLOGY MATTERS. Objectives. After completing this segment, you will be able to: 1. Articulate the importance of the tri-unity of God. 2. Describe the basic terminology that relates to the topic under investigation.