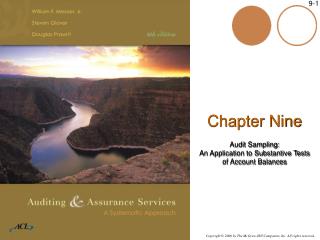 CHAPTER 7, the logic of sampling - . chapter outline. a brief history of sampling nonprobability sampling the theory and

Audit Sampling: An Overview and Application to Tests of Controls - Introduction. ___________ standards recognize and

Audit of the Sales and Collection Cycle: Tests of Controls and Substantive Tests of Transactions - . chapter 14. learning

Designing Substantive Procedures - . the auditor “must plan and perform the audit to reduce the audit risk to an