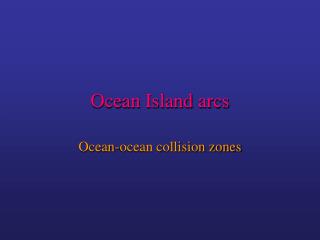 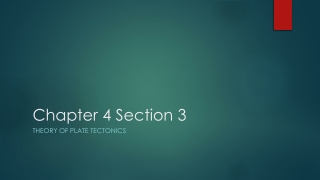 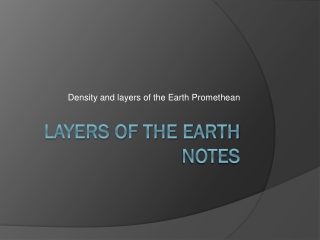 Layers of the Earth Notes 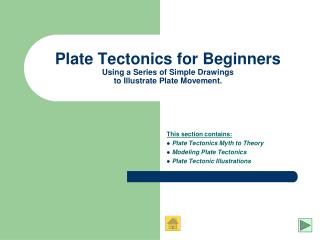 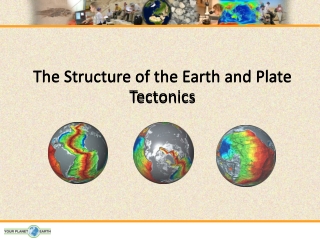 The Structure of the Earth and Plate Tectonics 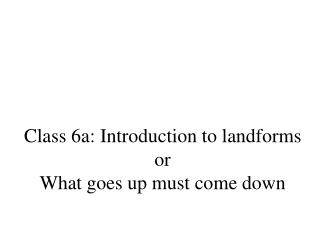 Class 6a: Introduction to landforms or What goes up must come down 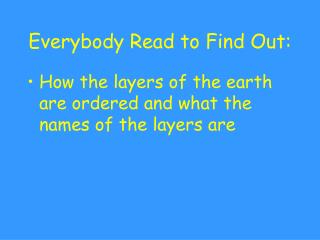 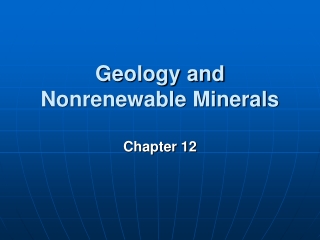 Geology and Nonrenewable Minerals. Chapter 12. Question of the Day. What law has allowed some people to get rich at the expense of the U.S. people and their public lands. Answer of the Day. U.S. General Mining Law of 1872. Original purpose of the law Impact on US public lands 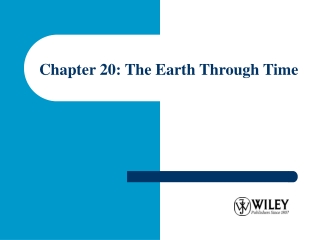 Chapter 20: The Earth Through Time

Chapter 20: The Earth Through Time. Introduction: Tracking Past Plate Motions (1). The evidence in support of plate motions comes from measurements made with the Global Positioning System (GPS). However, evidence of past plate motions is not obtained through GPS. 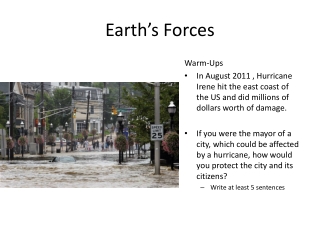 Earth’s Forces. Warm-Ups In August 2011 , Hurricane Irene hit the east coast of the US and did millions of dollars worth of damage. If you were the mayor of a city, which could be affected by a hurricane, how would you protect the city and its citizens? Write at least 5 sentences. 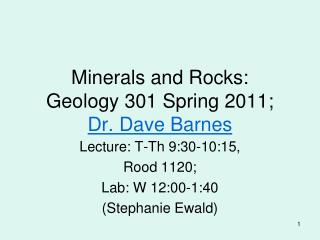 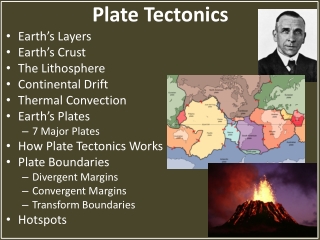 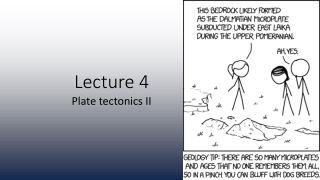 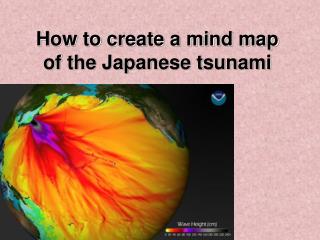 How to create a mind map of the Japanese tsunami

How to create a mind map of the Japanese tsunami. What you have to research ……. Where is Japan? – a map might be useful. What is Japan like? – look its wealth and facilities (maybe hospitals/health, transport, education, types of industry etc.). Is it wealthy? 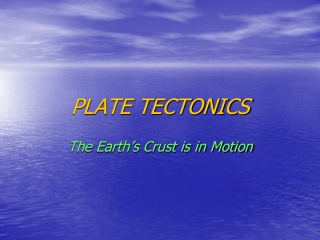 PLATE TECTONICS. The Earth’s Crust is in Motion. Relating Plate Tectonics to the Rock Cycle and other Processes. http://earthsci.terc.edu/content/investigations/es0602/es0602page01.cfm?chapter_no=investigation. Structure of the Earth. Earth’s Layers Overhead Transparency and Questions. 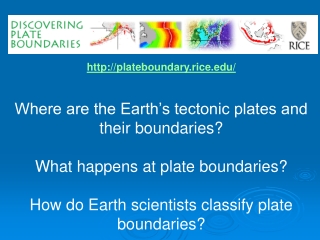 plateboundary.rice/ Where are the Earth’s tectonic plates and their boundaries? 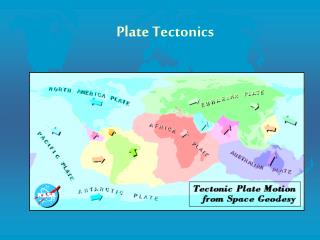 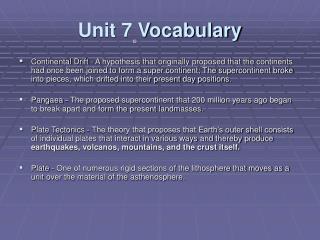 Unit 7 Vocabulary. Continental Drift - A hypothesis that originally proposed that the continents had once been joined to form a super continent; The supercontinent broke into pieces, which drifted into their present day positions. 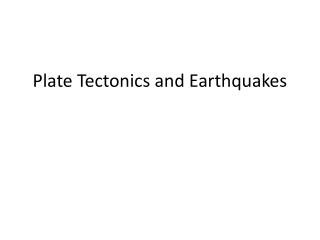 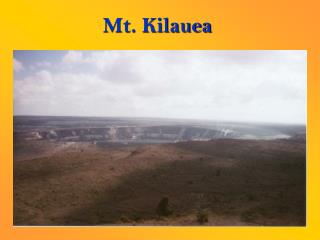 Mt. Kilauea. Plate Location. The volcano of Mt. Kilauea is located on the Pacific Plate. Much of the Volcano is below sea level.