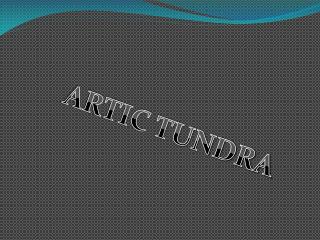 ARTIC TUNDRA. The Tundra Biome. The tundra is the coldest of all biomes Comes from the Finnish word “Tunturia” meaning tree-less plain Stretches across Northern Alaska, Canada, and Siberia Has long cold winters and short cool summers Tropical rainforest and artic tundra - . by mariana d104. artic tundra is not as cold as people think it is its actually

LASER ARTIC - Sh. laser artic. instructions. say each word five times. as you say the word, click on the diamond and

Artic Fox - . by will. introduction. hi my name is will. m y animal is a artic fox. background. the artic fox is a

Artic Fox - . covering. it is furry and white it changes colors in the seasons it is grayish brown in the summer it is

Artic foxes! - . by; emma krantz. table of contents. introduction . where they live . adaptations . what they eat . how

Artic Fox - . by michal. habitat. the arctic fox lives in the artic. it is very cold and windy where they live. . babies.

Artic fox - . by kayla colburn. habitat. the artic fox can be found in places like greenland russia canada alaska iceland

Artic fox - . by ryan. information. scientific name: alopex lagopus or vulpes lagopus the arctic fox is a mammal the