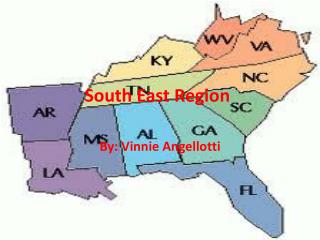 The South East Region - . south east interesting fact . the southeast region has a variety of vacation spots and

TB/HIV in the South-East Asia Region - . from mekong to bali: the scale up of tb/hiv collaborative activities in the asia