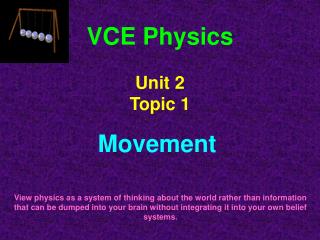 VCE Physics Unit 2 Topic 1. Movement. View physics as a system of thinking about the world rather than information that can be dumped into your brain without integrating it into your own belief systems. Unit Outline.