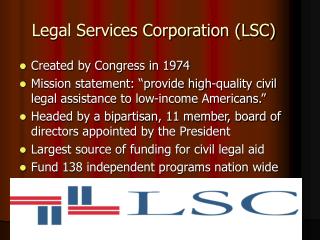 EVALUATION PLANNING Legal Services Corporation May 19, 2004 - . please standby while others connect. goals for the

Attorney Legal Advice - . there are two sorts of lawful administrations associations, those that get financing from the

Measuring Success - . goodsquaredcic@gmail.com. measurement in lsc purpose here: think broadly about what to measure, and

Legal Services - Jr baker law, based in australia, provides legal support for a variety of scenarios ranging from tenant