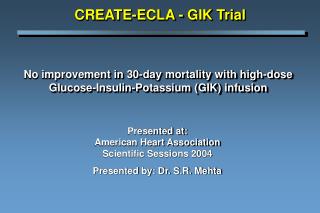 High Risk Neonates - . presented by ann hearn rnc, msn. t he high risk newborn. a high-risk newborn is one who is

Diabetes Mellitus - . physiology of energy metabolism . all body cells use glucose for energy. to maintain this constant

Managing glucose before, during and after exercise in type 1 diabetes - . rob andrews university of bristol/ taunton and

Glucose Control: What, Why, When, and How - . terry p. clemmer, md salt lake city, utah. what are the options?. no