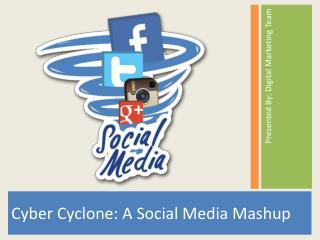 Social Media A Blessing or a Curse - . the terms of reference:. this is not a debate about ‘digital’ per se. this is

Social Media in an Agile World - . agile principles to launch, manage, and measure your social media identity. what do i

Welcome Increasing Enrollments with Social Media Alison Adair - . this session case study – how it worked for us why