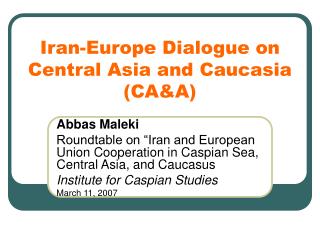 North Africa, Southwest Asia and Central Asia - . what makes this a region?. deserts and mountains population that

Southwest Asia North Africa - . by: eleanor joyce city of salem schools. how many places can you identify?. saudi arabia,

Iran - . review of iran. what have we covered already with iran? what type of government? what do you know about iran