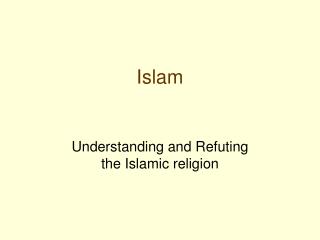 Islam. Understanding and Refuting the Islamic religion . Foundations for Islam. In 610 AD a man named Muhammad told is wife about how the angel, Gabriel, had come to him and given him a revelation . His wife encouraged him to tell everyone he knew, because what had happened