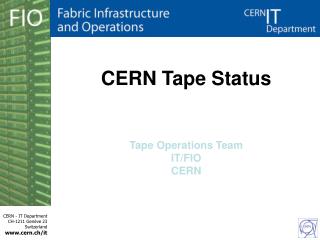 CET CERN Expenditure Tracking - . introduction to cet and basic financial concepts april 2006 it-ais-mds. what do you

Beyond the Tape Measure and Scale - . what is equipment control about? dina kowalyshyn, naval architect vice chairman of