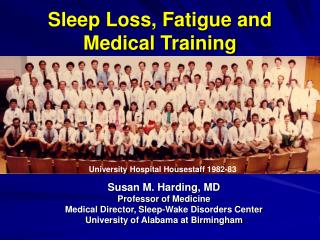 NEUROMUSCULAR FATIGUE - . in exercise physiology, neuromuscular fatigue can be defined as a transient decrease in

Learning Objectives - . list factors that put you at risk for sleepiness and fatigue. describe the impact of sleep loss