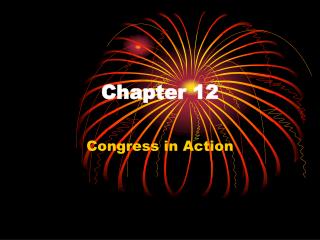 Chapter 12. Congress in Action. Section 1 Congress Organizes. Focus Question: How does Congress carefully organize itself to get its complex job done?. New Term of Congress. When a new term starts the HR reorganizes because new members are taking seats.