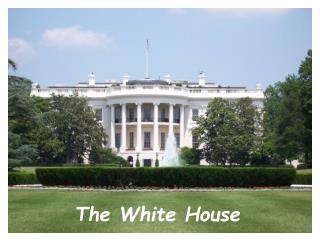 If We Had Lunch at the White House - . original poem by kalli dakos. if we were invited to the white house for lunch,.

A Little Tour of the White House by Tatjana Kriliuvien ė - . on november 1, 1800, president john adams moved into the

Warm-up: Keys to the White House 2012 - . imagine the next presidential election is being held tomorrow. read through the