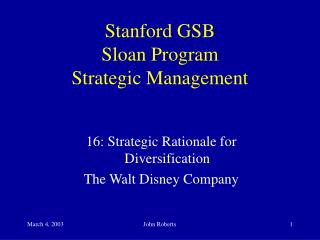 Strategic Operations Management - . introduction to operations management. design, operation, and improvement of the

STRATEGIC MANAGEMENT - . screen graphics created by: ap mazarura. “without a strategy the organization is like a ship