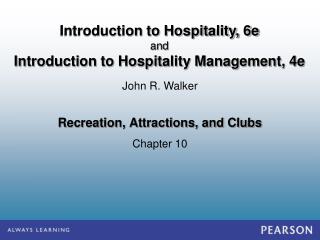 Chapter 11 Recreation, Theme Parks, and Clubs - . after reading and studying this chapter, you should be able to:.

Attractions and Activities - . international and domestic tourist statistics recap quiz. what is the iva? where is the

REGULATION and RECREATION - . a look at the child care division rules regarding outdoor play. when children play in

Autism and Recreation: - . getting off the bench. presented by: maggie reilly, pt., mba, director, occupational and

Leisure and recreation - . wk 2 contemporary studies. the physical activity continuum. leisure is in the middle of the

Clubs and Organizations - . find as many clubs, organizations and groups on campus or off campus (not in ist) that

Parks And Recreation - Time to move on from f1 games, the future has arrived! don your oculus gear and race your drones

Clubs and Societies - . they are organisations that provide facilities to their members. for example, sports clubs,